Pupils from 17 primary schools across North East Fife had an active morning of running, swimming and cycling in the region’s first triathlon taster day.

Thanks to a partnership with Triathlon Scotland and Active Schools, we hosted a schools triathlon event at Cupar Leisure Centre which saw 575 participants. 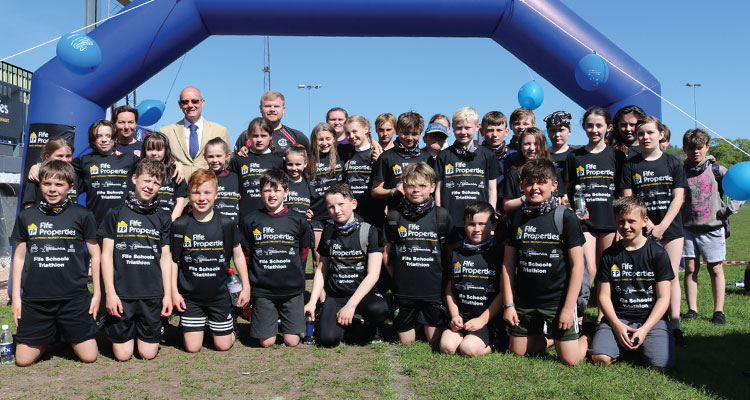 Allan Reid, area leisure manager for Fife Sports and Leisure Trust, said: “It is great to see so many youngsters having fun and getting the opportunity to experience what’s involved in triathlon.
“The junior sessions at East Sands Leisure Centre are at capacity so we hope that we will be able to offer more young people in the area the chance to benefit from affordable, accessible coaching by using the facilities at Cupar to meet a growing interest in triathlon training.”

Elise Methven, regional development officer for Triathlon Scotland, said: “Triathlon Scotland is very encouraged by the response of schools and youngster in Fife to get active and support this triathlon taster day.
“As with the club at East Sands, triathlon is enjoying a real popularity, partly as a direct result of the success of the Brownlee brothers and the Commonwealth and Olympic Games Legacy. We hope that by continuing to work with the trust and schools across the region we are able to meet that demand and create additional opportunities for people to get involved.”

The event at Cupar Leisure Centre was also supported by Fife Properties Estate and Letting Agents. Managing Director Jim Parker who regularly trains and competes in triathlons generously donated £3,000 to the overall project.

Jim said, “Too many young people don’t realise how easy and enjoyable it is to get involved in triathlon. Many of them immediately assume it is going to be impossible and this introduction will let them see it’s not that difficult. In turn, later in life this may help them realise as with any other challenge that it may not be that impossible either”.